Coping with Climate Variability and Extremes

Assessment and adaptation strategies for communities in Andhra Pradesh

Projected climatic changes are likely to put additional burden on an already stressed agriculture production system in India. There is a general agreement among the climate models that both temperature and precipitation extremes are likely to change dramatically in the future over the sub-continent. Such changes are likely to increase the frequency of floods, droughts and heat waves over Andhra Pradesh. The farmers and policy makers need to understand the nature of these changes and prepare to minimize the potential damage.

Here we proposed to use the Terrestrial Observation and Prediction System (TOPS, a data-modelling system designed to integrate satellite, surface weather data, weather/climate forecasts with simulation models to assess ecosystem condition and function) to 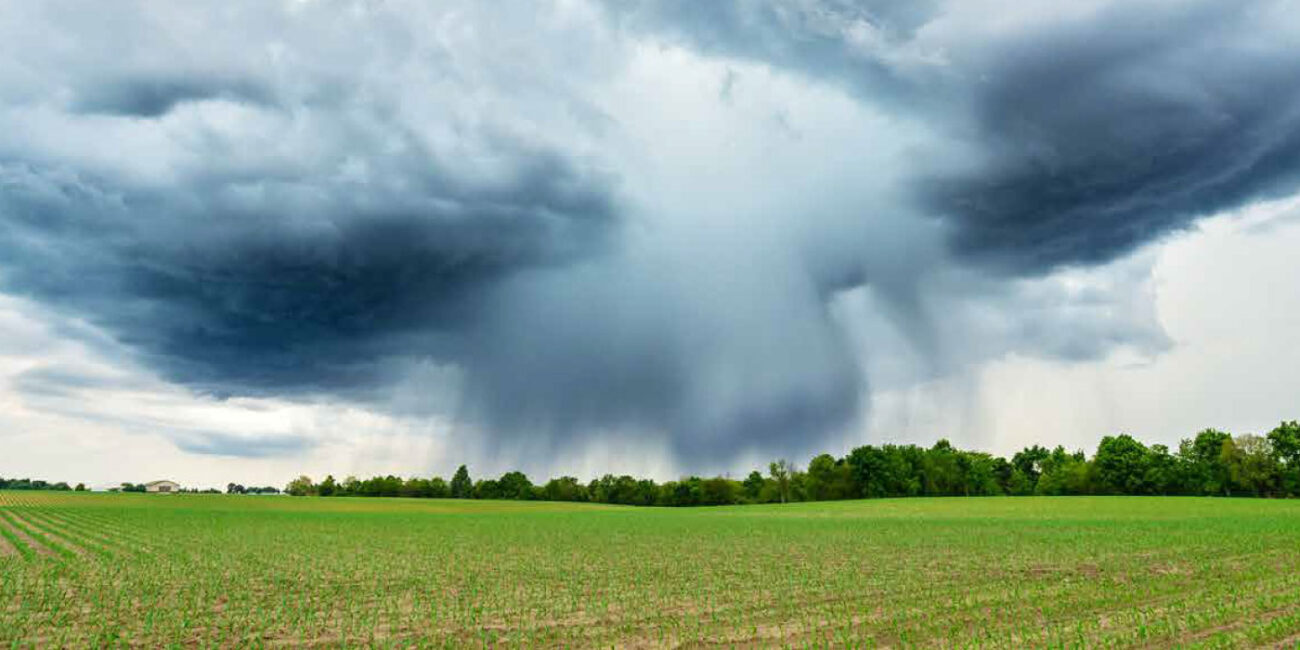 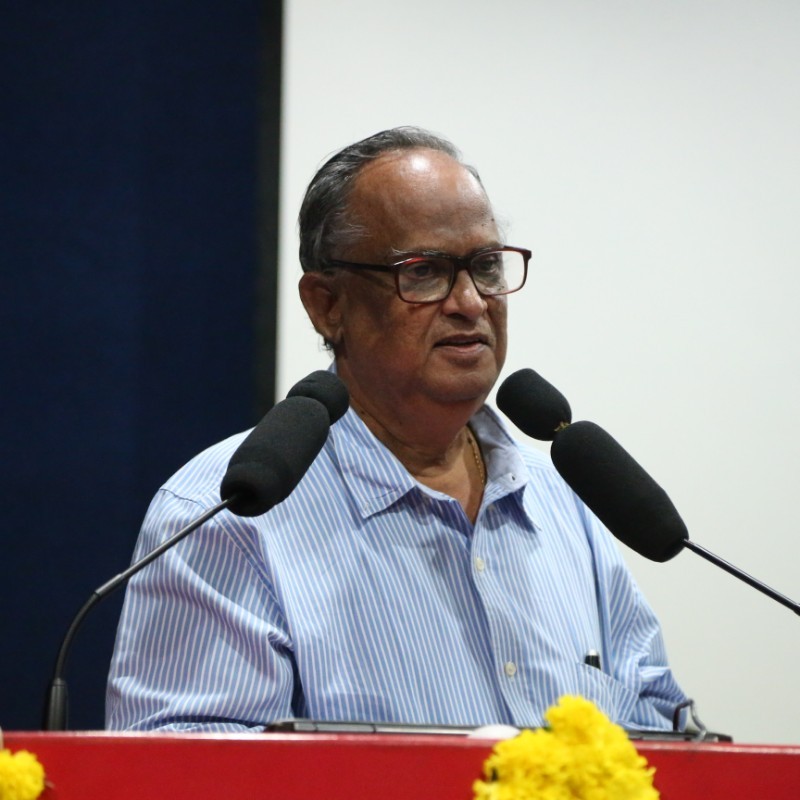 Dr.Murthy has worked with NRSU for more than 30 years and he is a geo spatial expert in generating quality crop data and Vegetative Index, he holds Doctorate in Air quality and vegetation from Osmania Uniersity and holds a Master’s Degree in Plant Biology from TERI, he has been associated with Niruthi since 2017 and is guiding Niruthi in generating crop related data. 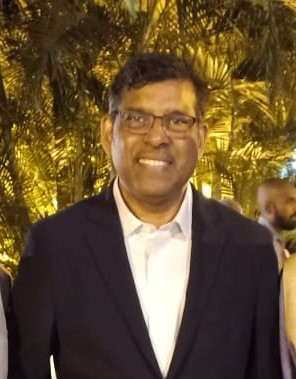 Dr.Krishna Kumar is having more than 30 year so Experience in working with Tropical weather conditions he holds a doctorate in Atmospheric Physics from University of Pune and has worked with IITM, he is a Life member of Indian Meteorological society and is associated with niruthi since inception and is supporting Niruthi in workignon Tropical Climate conditions. 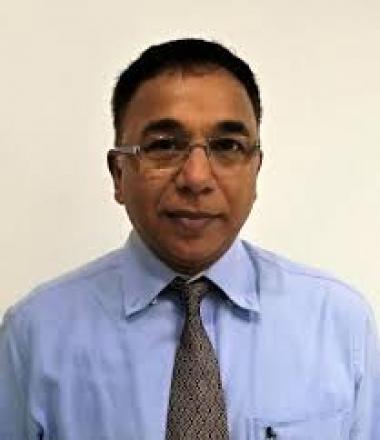 Dr.Srinivasan is a Life Member of Indian Meteorological Services and Association Member of Agro meteorologists Dr.Srini is working as a Chief Scientist at RIIMES and previous he has held holds Various Key positions at IMD India and also he was a member of World Meteorological Organisation, He has a Doctorate in Atmospheric Sciences and holds Master’s Degree in Agriculture Meteorology. With his vast experience of over 30 years Dr. Sini is guiding Niruthi with his technical abilities and made Niruthi develop weather data and weather-based products.

Dr.Satya has over 30 years of experience in climatology, he is the Ex- Director for IMD Hyderabad and holds M.Sc (Tech), Ph.D, Andhra University, Dr.Satya has experience in Monitoring, site selection, installation and data validation of Automatic Weather Station (AWS)/Automatic Rain Gauge (ARG) network of IMD/ AP State Government net work in Andhra Pradesh. And he has also Worked as Meteorologist (Forecast &amp; Planning activities), MET Department, Qatar for 5 years (On Govt. of India Deputation), With his vast experience on weather data generation he has been instrumental in guiding Niruthi for producing accurate weather data using climate gridding models since 2012. 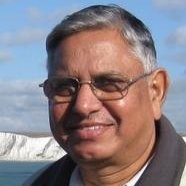 Dr. YSRK is the Ex- Director, CRIDA (ICAR) and Member, Advisory Committee – National Disaster Management Authority (NDMA) he also held the chair for the Ex- Dr. E A H ROBERTS CHAIR on NRM (TRA), Tocklai, with his vast experience he has been supporting Niruthi in the agriculture space from preparing agro weather advisories to contingency plans for various crops. Since 2016 Dr. YSRK is supporting Niruthi as an Advisor and as a subject matter expert.

Dr. Ramakrishna Nemani is a Senior Earth Scientist with NASA with thirty years of experience in theory and application of optical remote sensing, numerical bio-geochemical modeling, climatology and ocean-atmosphere-land coupling. His current research focus is on ecological forecasting and collaborative Earth science. He served as a member of several NASA missions including EOS (Earth Observing System), LDCM (Landsat Data Continuity), and NPP (NPOES Preparatory Project). He published over 150 papers on a variety of topics including ecosystem modelling, climatology, remote sensing and agriculture. He received numerous awards from NASA including the Outstanding Leadership Medal, Exceptional Scientific Achievement Medal and group achievement awards for TOPS and NEX projects.

He is actively involved in backstopping with the technology advancements for Niruthi and is supporting Niruthi with his expertise in generating accurate weather and crop data both historical and forecasted using advance simulation models.

Dr.Hiro has been associated with NASA Ames research centre from the last ten years, he is a climate Expert and also the key scientist for developing climate gridded data for Niruthi using High-resolution mapping of daily climate variables by aggregating multiple spatial data sets with the random forest algorithm. With his support and advises Niruthi has developed WeatherSnap for generating daily weather Data.

Mr.Andy has over 22 years of experience in Information technology and has been associated for approximately 15 years with NASA Ames Research and supporting Niruthi in brining cutting edge technology and is advising and playing vital role in creating IP for Niruthi.

Shiva has over 15 Years of Experience in Information Technology and Software product development he has completed hi matsers from Queensland University Australia and is working with Niruthi and playing vital role for the product developments like CropSnap, WeatherSnap, ZipAg etc

As the head of strategic partnerships at Niruthi, Shrot is responsible for developing and innovating business strategy in line with the company’s mission and objective, identifying business opportunities in alignment with the company’s goals. Furthermore, Shrot is also responsible for identifying partnership-related events to drive brand awareness, build strategic partnerships with global think tanks, identify new growth opportunities for the company across sectors, and build and manage the brand reputation of the company.
Shrot has been an entrepreneur with over 13 years of work experience in creating and leading pioneering social businesses and working with start-ups. He started India’s first rural BPO for women. His work has been covered across several major Indian and International media houses some of which include The Wall Street Journal, Knowledge@wharton, Times of India, The Economic Times, Mint, NDTV, Zee Business, Mumbai Mirror, Business Standard, Business World, The Telegraph, Rockefeller Foundation, NASSCOM Foundation, Your Story, etc
Shrot has been a prominent speaker to multiple events including TEDx events. The business mode of his startup became a United Nations (UNCTAD) case study for its innovative approach in the Information and Communications Technology (ICT) space. 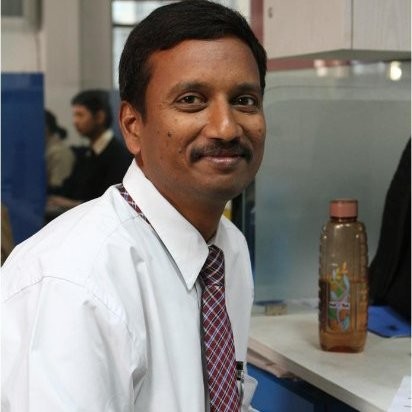 Balla Aruna Kumar has been the Deputy CEO of Niruthi since 2021, looking after the technology part in Niruthi. He has an overall work experience of 20 years in various segments of Remote Sensing & GIS. His expertise includes use of remote sensing and GIS technologies in agricultural applications. He has obtained his graduation in Civil Engineering and M.Tech with specialization in Remote sensing and GIS from NIT, Warangal, Telangana.
Before joining Niruthi, he has with NCML, Skymet weather services Pvt. Ltd., RMSI in 2017, RMSI, Luminous ETS & Agrinet Solutions Limited worked at various levels (started from team member to senior management levels) . He has worked on World Bank projects as a Remote Sensing Expert to develop the regression models using NDVI and NDVI-based plot selection to conduct Crop Cutting Experiments. He was also involved with GIZ to conduct peer review study of Rice Programme in India. He is involved in writing ‘Revised Crop Cutting Experiments’ Guidelines’ based on exhaustive project findings done in the past, in India. He has extensively worked in Agri- business projects like acreage estimation, Yield forecasting, crop health monitoring, sowing and harvesting monitoring, etc.
Arun has worked on various research & innovative solutions to Government and private sectors in the areas of crop insurance program. He has publications in peer-reviewed journals and has made presentations at nationals and international conferences. Arun has involved directly in technology based crop insurance programs in India since from pilot programs, i.e. 2007 onwards. He has extensively using weather data (historical & near real time) & technological inputs in in-house developed crop models. In addition to technology use in Crop Insurance and he has also worked in agricultural risk management studies and agri-business projects. Currently he has involved in agricultural data management and integration of various technologies like: Remote sensing, GIS, GPS, IOT, AI & MI in agriculture space

Srilatha has been the director of Niruthi since Inception, in her role as the director she actively takes care to keep and monitor all the financial transactions in order. She has been instrumental in supporting Niruthi in maintaining the records and carrying out reconciliations at regular intervals. As a Director of Niruthi she has been supporting the organisation based on the needs and requirements. She holds a Master degree from Acharya NG Ranga Agriculture University. 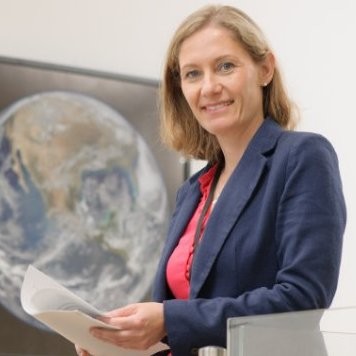 Dr. Cristina Milesi has been the Chief Science Officer at Niruthi since 2017. In her role as CSO, Dr. Milesi guides Niruthi in designing and implementing scientifically robust solutions for monitoring, modelling and forecasting crop acreages, crop health and crop yields. Prior to joining Niruthi, Dr. Milesi worked at NASA’s Ames Research Centre in Silicon Valley for over 10 years as a senior research scientist studying the use of satellite data for monitoring the Earth. She published over 50 papers dealing with climate-crop interactions, land use/land cover change and urban ecosystems using satellite data and ecosystem simulation models. She has a B.S in Biology from University of Trieste, Italy and a PhD from the University of Montana, USA in remote sensing and ecosystem modelling.

Mallikarjun Kukunuri has been the CEO of Niruthi since 2016. Under his leadership, Niruthi expanded from a research consulting organization to a leading product and services company that is changing the crop insurance, commodities and banking sectors in India. He led the development of Niruthi’s partnerships with Weather News Inc, Japan, the world’s largest weather company and, the International Crops Research Institute for Semi-Arid Tropics (ICRISAT) that advances crop research in the drylands of the world.
Mallikarjun has 12 years of business leadership and operations experience. In his previous positions with IBM, Hitachi and the CK Birla group he handled portfolios in excess of a Billion INR every year and played a vital role in retaining market share at each of the companies.
Mallikarjun holds a Bachelors of Technology from Javaharlal Nehru Technological University (JNTU), Hyderabad. He obtained an MBA from the International Management Institute (IMI), Belgium and completed the executive program in international business at IIM, Calcutta.